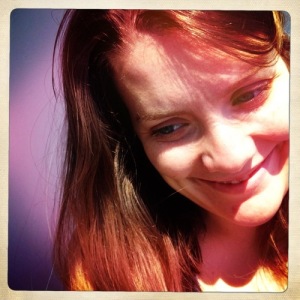 In 2005, Andrea learned she carried a BRCA1 mutation.  This mutation was passed from her great grandmother to her grandmother to her mother and now to Andrea. Frustrated with lack of options beyond removing body parts, Andrea started Brave Bosom as in 2012 as a place to write about her own experiences relating to BRCA.  As Brave Bosom evolved, it became a place to educate others about how our collective data impacts the hereditary cancer community.

Andrea Downing is a Community Data Organizer.  In 2018 she started adding ‘accidental white hat hacker’ to her repertoire of random titles through her work at Brave Bosom.  Back in 2013, Andrea first started speaking and writing as a media spokesperson for one of the plaintiffs in Association of Molecular Pathology vs. Myriad Genetics.  This case was a critical turning point for her community because the Supreme Court decided whether BRCA – and all other human genes- could be patented.  After joining the ePatient program at Stanford Medicine X in 2014, she began speaking publicly about issues affecting the BRCA Community.  In 2017, she left the leadership team Stanford Medicine X to pursue her original passion:  BRCA Community Organizing. 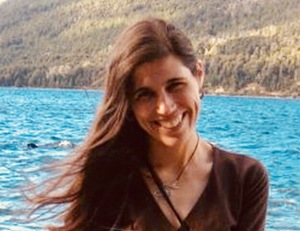 Jill Holdren is a BRCA1 mutation carrier, a survivor of ovarian cancer, and a research and patient advocate. She has a bachelor’s degree in environmental science and a master’s in geography with an emphasis in public health and sustainable development. She has more than 25 years of experience in project and program management, writing and editing, and data management.

In 2013, Jill learned she carried a BRCA1 mutation inherited from her father and was diagnosed with ovarian cancer shortly thereafter. She quickly realized that too many of her questions — from how cancer risks vary by mutation site to what the best options are for maximizing protection from ovarian cancer while minimizing risks from early menopause (and many more) — didn’t have good answers. And, that answering these questions required patients and researchers to have access to a lot more (and better) data. Since then, she has been active as a patient and research advocate, representing the hereditary breast and ovarian cancer community as a consumer reviewer for the Department of Defense’s Ovarian Cancer Research Program in both 2016 and 2017, volunteering as a peer navigator with other women with hereditary ovarian cancer, co-leading the Denver, Colorado region FORCE peer support group, speaking to legislators and other groups about hereditary cancer topics, and participating in efforts to build a BRCA data commons.

iThere are no comments

Begin typing your search above and press return to search. Press Esc to cancel.